All the Paths of Shadow

All the Paths of Shadow - Frank Tuttle 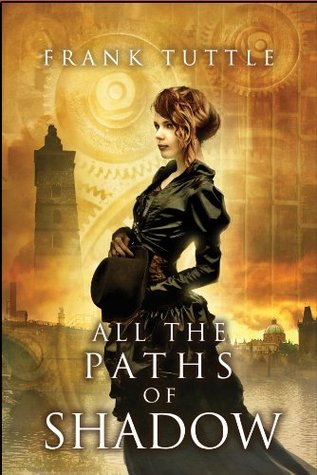 The king’s orders were clear enough. “Move the tower’s shadow,” he bellowed. “I refuse to deliver my commencement speech from the dark.”

As the newly appointed mage to the Crown of Tirlin, Meralda Ovis has no choice but to undertake King Yvin’s ill-conceived task. Tirlin’s first female mage, and the youngest person to ever don the robes of office, Meralda is determined to prove once and for all that she deserves the title.

The Tower, though, holds ancient secrets all its own. Secrets that will soon spell destruction for all of Tirlin—unless Meralda can unravel a monstrous curse laid by a legendary villain seven centuries before she was born.

A delightful light fantasy. Meralda is the youngest person ever appointed to be the royal mage. We meet her familiar, Mug a house plant, and her mentors (or should I say meddlers). Even the tower makes for an excellent character in its own right. The interactions between the characters are pithy and funny.

I enjoyed the setting, even if the details were laid on pretty thick at times. Meralda lives in a frothy mix of earth, standard fantasy, and the early part of the twentieth century. I'm always a sucker for an airship.

A Natural History of Dragons

A Natural History of Dragons Marie Brennen You, dear reader, continue at your own risk. It is not for the faint of heart—no more so than...